From the first time I held ZT’s new Sinkevich ZT0450 in hand, I felt it was going to be special.

Even before I pressed the flipper tab and sent the blade rocketing open with a satisfying clack, something with this knife just felt, well, right. The weight was perfect, the materials were good, and the titanium and stainless steel blended together to form a truly cohesive package, all in a true ball bearing flipper knife.

Still, I had to put Zero Tolerance’s latest flipper blade — the Sinkevich — through its paces. For nearly 2 weeks, I used the Sinkevich for everything from cutting open boxes to carving branches and cutting steak. The review sample, supplied by Zero Tolerance, outperformed in every task I threw at it, so much so that I then bought my own.

And while I’d encourage you to read the balance of this review, I’m going to cut to the chase here: The Sinkevich ZT0450 is the best pocket knife Zero Tolerance has ever made. And that say a lot.

In short: An efficient, precise blade, married to balanced, thoughtful, not-too-fancy, not-too-basic construction gives rise to an extremely capable and affordable top-tier pocket knife. The Sinkevich easily takes the lead among ZT’s folding-knife stable. And at $191, for a USA made flipping knife with a S35VN steel blade and titanium scales, it ought to find its way into plenty of pockets.

Surprised? I know I was. When the original ZT 0350 debuted way back in 2010, I was lukewarm on it at first because it seemed huge. The shape was thick and chunky, and the black construction just did not seem light and small enough for pocket carry, although plenty rugged. It was nice as far as top-tier USA made stainless blade knives go, and was sold in thousands especially to first responders and emergency personnel, but it was nowhere near as good as the hype made it seem, unless you were a first responder not worried about the bulk of the knife.

Since then, ZT knives has spent a good deal of time revising their designs and working with other reputed custom knife makers like Sinkevich Knives on new designs. Let’s take a look at some of the details that elevate the ZT0450 from its rather humble siblings.

The length of the Sinkevich 0450’s blade is just right. At 3.25 inches, it long enough for most tasks that are required of a EDC knife, without being too long or labor-some to carry around or use.

With a blade-width of just 0.121 inches, it’s thin enough to pass easily through anything you are cutting, rather than splitting it like a wedge does.

All these specs did not really relay the concept of capable the ZT0450 would be for use. Its first test was simple: cut a long full sirloin into separate porterhouse steaks for each of our friends we had over for a grill. After the first couple of slice, I genuinely realized how sharp this blade was. Almost every single guy at the table had something to say about how good the knife looked or how quickly it sliced their steaks to perfect thickness.

The knife carried the same prowess through to other task, around the house and outdoors.

And while the S35VN steel employed here has been known as one of the absolute best EDC and hard-use pocket-knife blade steels, I have found it to retain a sharp edge with zero staining or discoloration issues, almost better than any other blade steel I have ever used.

The lack of thumb studs, ensures there is nothing getting in the way of the blades slicing path, so it just glides through whatever you are slicing with speed and authority.

I am not a fan of assisted-opening knives, but realize there is a place for them among the lower en knives using bushings and not made with as precise tolerances. Not mentioning their possible legal implications, these mechanisms are often employed to hide poor weight distribution or bad manufacturing tolerances. Luckily this top-tier ZT0450, is a manual true ball bearing flipper knife, and thanks to it’s super-smooth KVT Ball-Bearing opening system, it is very easy to open with both strong and weak hand.

Best of all, the ZT0450 shoots its blade open when deployed. Thanks to the KVT ball bearings in its pivot, the entire process of deployment is as smooth as it is quick. How to open a flipper knife of this quality? Press the flipper tab, and get your blade — simple as that.

In grubby and dirty conditions, you can be rest assured knowing that the ZT0450 will reliably open and close.

As mentioned, the rest of the ZT0450 is composed of stainless steel and titanium. Both of these surfaces are well-sculpted and fit my large hands perfectly. I particularly like the texture of the titanium, although not as grippy as G-10 or micarta, think of this more as the refined gentleman’s EDC flipper knife or the CEO flipper knife, but the stonewashed titanium is much more grippy than expected.

The great is well-designed for tip-up carry in your pocket, ready for one hand fetch and deploy.

Spec-wise, the ZT0450 spans 4.1 inches closed (7.4 inches open) and weighs merely 2.9 ounces. This is a very light knife for the size and how strong it is, so it will not weight down the gentleman’s pant pocket, whilst standing at the ready for whatever he can throw at it.

If I have one small complaint, it lies in the grip. Although very sleek and refined, I do prefer a little more grip on the surfaces for tough jobs where I am wearing gloves or my hands may be wet or sweaty, but as mentioned, it has more grip than expected and can still do well with glove-on work.

Looking at ZT’s rather tough history, the ZT0350 which became known in it other color as the Zero Tolerance tiger stripe knife will surely be its most iconic design that everybody first think of when Zero Tolerance is mentioned, but it’s by no means ZT’s best. That award belongs solely to the ZT0450.

From its top-tier fit, finish and construction to its tip-up and always ready attitude, it’s been a while since I changed the pocket-knife that I carry daily. The ZT0450 is the best form of that purpose for me, so it won it’s way into my heart and pocket. I do not say something like this easily, but I will give this knife the award as the best Zero Tolerance knife I have ever tested because of all it offers for the price.

Collectors, hobbyists, and people who just want a good-looking knife that will last forever — all will find something they like in the ZT0450, and at under $200, there is nothing of similar build quality and materials, that is also made in the USA that compares. 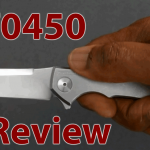 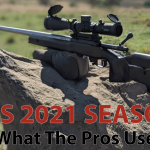 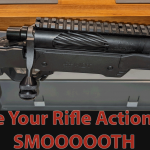 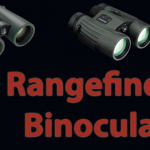