Technological advancements in the field of hunting and precision tactical shooting has made life a lot easier for shooters. Scope adjustment is a very crucial part of long distance shooting and choosing between MOA and MRAD has been a topic of hot debate among enthusiasts. In this article, we are going to talk about the scope adjustment systems, namely, MOA and MRAD, compare them and try to find out which of the two is better and which has an advantage over another.

To give the answer in one line, there is little significant advantage in any of them and the whole debate boils down to personal preference of ease of use. Also the kind of disciplines they are used in will sometimes make sense. But if you really want to know things in details and why this is such a hot debate, continue scrolling down.

Now talking of scope adjustments, it is calculated in angular values instead of linear values like inches. MOA and MRAD are the most common units of measuring angular distance used across the world to design scopes.

MOA, in most cases will be the typical unit of a US-made scope. The system is derived off a circle’s degrees – 360 degrees in total and number of minutes in the degree, i.e. 60. Thus, any circle of any diameter has 21600 “minutes of angle” in it. Sounds confusing? Might actually, as for most of us minute is a unit of time but for shooters it is a unit of degrees in an angle. For them, one minute is equal to 1/60th of a degree.

Anyone with a rudimentary sense of angles and mathematics will know that a degree is a very small unit. So, how much of a difference can a minute make for a long-range shot? While this might seem like a negligible change by itself, once you factor in the distance from the target, the linear deviation can vary significantly. Shooters calculate this at a distance of 100 yards. The value comes out as 1.047 inches of deviation for 1 MOA at 100 yards. A clear advantage for shooters using this system is that the relationship between distance of deviation and MOA holds true for 100 yard intervals. So, at 200 yards it is 2.094″ and 10.47″ at 1000 yards.

Just like MOA breaks down a circle into degrees and minutes, MRAD does that into radians. A circle has 6.2834 radians and each radian is divided into 1000 milliradians. Thus a circle is composed of a very weird, 6283.4 milliradians. Well, this number has seen its use in various, with slightly round-off values, but most rifle manufacturers, making a MRAD scope, use the exactly correct mathematical value.

Being originated from the International Standard of Measurements, milrads are easier for those who are familiar with the metric system, ut they are ot from the metric system. Quite evident, that they are not the first choice for many rifle manufacturers in the US.

But in the practical sense, the only point of difference between MOA and milrads is the difference in the unit of measurement. Milrads are generally calculated or adjusted with an increment or reduction of 0.1 milrads. So, basically it is a base 10 unit and has 10 divisions between 1 and 2 milrads. On the other hand, the MOA system is mostly adjusted on quarters like 1/4 MOA, 1/2 MOA or even eighths, in some cases.

Now, as we have found the difference in unit and that one is a 10-division system, while the other is a 4 or 8-division system, we should know that does not make much of a difference. What will make the difference is the use of thr right reticle over the right knob. If you use a milrad reticle over a MOA knob or vice versa, the process is tedious and inconvenient, although was pretty common. It is always better to use the milrad reticle to a milrad knob and a minutes reticle with a minutes knob.

Let’s say when you are using a milrad reticle on a minutes knob and you have to adjust, you always need to calculate how much you shift on the knob. Considering, the relationship of both, 1 MOA equals 3.438 milrads, the conversion is not a convenient one.

The next point of difference lies in the precision of both systems. An MOA system has 21600 minutes distributed using a scale with 4 divisions (in most cases) between one minute. So, one click represents 1/4 MOA and a deviation of around 0.26 [email protected] 100 yards. The MRAD system has 6283.4 milliradians distributed using a base-10 scale, meaning 10 divisions between two cardinal numbers. Here one click represents 0.1 MRAD and a deviation of 0.36 [email protected] yards. Both are highly precise, but the MOA system is the better of the two, in these terms.

This, although not a huge detractor for milrad, most European and US manufacturers use MOA scopes for their hand guns and short range rifles. Because this gives a finer degree of adjustment in close range. But, when the range increases over to several hundred yards, like in tactical shooting, there are many more factors that come into play and neutralize this slight advantage.

If we talk of tactical scopes, MOA and milrad scopes are differently constructed. MOA tactical scopes have multiple adjustment knobs with one eighth-minute, quarter-minute, half-minute and quick adjust turrets. This allows more precision with fractional adjustments, but that comes with a trade off. Although the one eighth-minute adjustment is the most accurate, you only reap its rewards for stationary targets. The turning is more rapid in the less precise adjustments.

But if the target is a non-stationary one, it takes considerably more effort and time to turn the turret to neutralize the effects of the moving target’s range. On the other hand, MRAD scopes have a single adjustment knob with a tenth of a milrad as one unit. Thus, there is no fractional adjustments possible using multiple knobs. Also, 0.1 MRAD equals rough 1/3 MOA, thus making it more accurate than the least precise minute adjustment and also considerably faster. With the reproduction of the right adjustment much easier, without involving too much fraction, the process is smoother to calculate precision angles and shoot. This ease of use makes MRAD scopes better than MOA for long distance shooting, unless you are shooting dead bird on a tree! The extensive use of MRAD scopes in snipers by military forces around the world is a testament to that. Another testament to that is the increasing majority of the top PRS shooters also preferring MRAD for their PRS scopes.

So, which is better?

The answer is not as clear as we would like it to be, but we do have one. It all boils down to your preferences, purpose and practice.

Considering, MOA is the older scope system and if you have learnt shooting using that and are comfortable, you don’t need to change. Same applies for those who have used MRAD always. But there are some situations when one does hold advantage over the other.

In a situation, like hunting where all the action is taking place in short or medium distances, an MOA scope will probably do the job better. The adjustments are fine enough, more than an MRAD but also you won’t need multiple fractions to aim something like a deer, some 400 yards away, to put the time-taking factor away.

As soon as you shift to the longer distances like in military or police use or long-distance shooting as a sport, MRADs are just better. They have lesser adjustment options with a broadly similar precision to MOA. This allows to appropriately adjust the turrets with a fewer number of clicks.

Practice is finally the last thing but probably more important than all. Whether you use you grandpa’s old MOA rifle or a modern MRAD-equipped machine, it depends on how much you have practiced and how well-versed you are in that. There are people who have used MOA turrets with milrad adjustment, can easily make the necessary calculations for adjusting and never consider that as an issue. They are comfortable with that setup.

The final verdict is that the MRAD system is just a bit more simpler to use and the advantages show up in long-distance shooting, especially. But remember, you can be a great shooter using any of these and at the end of the day, it is just a measurement system. It won’t matter much. 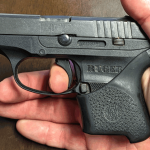 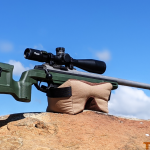