Is there an ideal range for zeroing-in a rifle? Of course there is, but it obviously depends on the cartridge in question. I mean, you don’t buy a .450 Marlin with the idea of posting yourself on a stand where the average shot is 300 yards. Conversely, you don’t zero-in a 7mm Ultra Mag to print dead-on at 100 yards.

But let’s face it, big bore lever-action cartridges comprise but a small percentage of what hunters are using today; cartridges which we’re told are best zeroed-in at 200 yards. Indeed, Federal, Hornady and Winchester all show trajectories based on a 200-yard zero. I agree with that recommendation, but only as far as the .308 Win. family of cartridges is concerned. The .308, along with the cartridges it spawned – the .243, .260 Rem., 7mm-08 Rem. and .338 Federal – all shoot flat enough with bullets of moderate weight for their caliber to justify a 200-yard zero. That said, you’re looking at a drop of 3-4 inches at 250 yards, which is easily compensated for on your hold when you know the exact range. And you should, because in this day and age of affordable laser rangefinders, there’s no excuse for not having one if you’re going to put yourself in long-range situations.

Back in the mid-`60s when I started my hunting career using the 7mm Rem. Mag they were still using “Mid Range Trajectory,” as a means of describing the bullet’s arc relative to line of sight. Simply stated, MRT indicated the amount in inches a bullet would rise above the line of sight half-way to a 100, 200 and 300-yard zero range. For example, the 150-grain factory load in 1964 for Remington’s 7mm Rem. Magnum load was .5, 1.8 and 4.7 inches. That means that with a 100-yard zero, the bullet will rise ½ inch above line of sight at 50 yards; 1.8 inches above at 100 yards with a 200-yard zero, and 4.7 inches above at 150 yards with a 300-yard zero. Actually, MRT occurs a little beyond the half-way point – like around 115 for the 200-yard zero, and 170 yards for the 300-yard zero. Add to the MRT’s questionable usefulness the fact that no data as to bullet drop relative to line of sight is given at any distance!

Thankfully, MRT was replaced by the current system whereby the bullet path above and below line of sight is given in 100-yard increments out to 500 yards based on a specified zero distance of 200 yards. The one exception among the big four ammo makers is Remington, who came to the same conclusion I did a half century ago; namely, that a 250-yard zero makes sense for some cartridges/loads and is reflected in that company’s ballistic tables.

In this age of super magnums even a 300-yard zero can be justified, assuming you’re hunting in the kind of country where such distances are the rule rather than the exception. I’m talking rounds like the 26, 28 and 30 Noslers; the 7mm and .300 Ultra Mags; the 6.5 and 30-378 Weatherby and similar overachievers.

Back in the day long before personal computers, if you wanted to zero-in at a distance other than those shown in the factory ammo charts you simply had to shoot at the various distances and compile your own trajectory table. However, if you didn’t have access to a shooting range longer than 100 yards, you pretty much had to go with the factory charts. Today, if you want to zero-in at exactly 237 yards, a couple of clicks on your mouse, or an app tap on your cell phone, and you’ve got everything you need to know about a given load — bullet drop relative to LOS in 25, 50 or 100-yard increments out to 500 yards or more; wind deflection, and hold compensations for up and downhill shooting. Do keep in mind, however, those figures, though fairly accurate, are approximations. Nothing beats actually shooting at distances beyond your zero range, but lacking that, we have BDC scope reticles and custom calibrated elevation turrets to determine the exact hold for any range.

I’m just old fashioned but I personally loathe the idea of touching the elevation dial on my scope once my rifle is zeroed-in. A BDC scope reticle is about as technical as I want to get. But if a BDC reticle and the “cartridge family” trajectory it’s calibrated for isn’t exact enough for you, there’s an answer for that, too. If you own a Nikon scope with BDC reticle, for example, you can go to their website, plug in the load you’re using, and get the precise distance that each hash mark in your scope represents. And they’re not the only scope maker offering similar programs.

What’s been said here about the efficacy of a 250-yard zero is even more applicable with today’s monolithic copper bullets like the Barnes TSX, Nosler’s E-TIP, Hornady’s GMX, et al. Because these bullets retain virtually all their weight, they penetrate better than a heavier bullet. This allows us to take advantage of the flatter trajectories lighter bullets provide without compromising terminal performance.—Jon Sundra 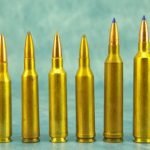 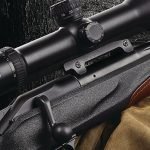 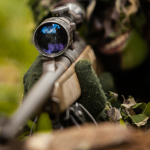 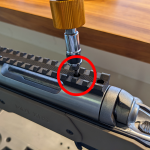