Zeiss recently announced they were adding three new rail mount scopes to their Victory V8 line: a 1-8×30, a 1.8-14×50 and a 2.8-20×56. Aside from the fact they have the highest zoom ratios of any scopes I know of — 1:7.5, and the thickest body tubes — 36mm, they employ a mounting system they’ve been using in Europe for a century but is almost unknown here. I’m talking about the rail mount system whereby there is a dovetail rail integral with the body tube that allows the scope to be clamped onto its base(s) thus negating the need for rings.

One may think we here in the States have a mind-boggling array of scope mounting systems, but compared to Europeans, we’re pikers. The problem, if you could call it that, is that both gun and scope manufacturers on both sides of the pond consider standardization anathema. They all want their own system, which from the consumer standpoint is great because it gives us so many options, but for dealers and distributors, it’s a PITA.

Anyway, all of our more popular systems – the Weaver horizontally split rings; the Redfield rotary dovetail; Leupold’s QD dual post, and Talley’s vertically split rings, all require the scope be secured by rings encompassing the scope’s body tube, which in turn clamp to separate base or bases. Of those, there are many variations, but the basics are similar in all cases. Then there are those gun manufacturers who machine dovetails into their receivers that require proprietary ring systems that clamp directly onto the dovetail, thus eliminating bases. We’re talking Ruger, Sako, Tikka and CZ to name four gun makers who embrace this approach, and it is the one I prefer.

In Europe — Germany and Austria in particular — they of course have access to all of our mounting systems, plus a mind-boggling array of proprietary mounts from gun makers, scope companies, and independents. Most are far more complicated than our systems, as well as a helluva lot more expensive. Over there they place a much higher priority on how fast you can detach and re-attach a scope, and rarely miss the opportunity to demonstrate that fact, even in the middle of a hunt. We, on the other hand, pretty much look at a rifle/scope marriage as something that’s done once and becomes one of those until death do they part arrangement.

But getting back to the rail mount system, there are many variations but the most popular are the Zeiss ZM/VM system and the SR system of Swarovski/Kahles. The Zeiss employs a smooth dovetail on the underside of the scope, while the Swarovski/Kahles system has a finely- toothed rail. The benefit these and other rail mount systems share is that they provide more fore/aft positioning latitude of the scope allowing for optimal eye relief. With ring systems there is far less latitude, and the only options are reversing the bases, which is of minimal effect, or using extension rings. Even with the latter, some scopes have unusually long ocular pieces which, when combined with the width of the power ring, can’t be positioned far-enough forward for maximum eye relief. Other advantages the rail mount offers is that there is no strain on the body of the scope or its optical system. With rings, they are often mis-aligned, causing a strain to the body and optical system and a marring, and sometimes even a partial crushing of the body tube. And lastly, eliminating rings, especially if made of steel, can save as much as 6 oz. in weight.

Bottom line: there are real advantages to the rail mount and no disadvantages that I can see. What I would like to see is one of our major scope makers offer a limited line of rail mount scopes to test the waters. Who knows, with a little exposure here, it could eventually become as popular as ring-type mounts.

While we’re on the subject of European vs. American scope mount systems, it’s interesting to note that we’ve both come to at least partially embrace each other’s idea of what features belong in a rifle scope. I’m referring to our limited adoption of reticles in the first image plane, along with quick reticle-focusing oculars and 30mm body tubes. They on the other hand have seen the efficacy of our second focal plane (non-magnifying) reticles, and 1-inch body tubes making for lighter, more compact scopes.

The latest among our major scope makers to offer first image plane reticles is Nikon with three models in the Prostaff 5 line and three in Monarch 3. Nikon calls it Distance Lock, which alludes to the fact that a “magnifying reticle” as many describe scopes with crosshairs in the first image plane, get thicker as magnification in a variable scope is increased. That of course is the opposite of “American-style” scopes and counterintuitive. After all, as shooting distances get longer, you want increased magnification to better see the target, and a finer reticle to provide more precise aiming, which is how “our” system works. Take a typical 2.5-10x hunting scope for example, which has a 1:4 zoom ratio. When set at 2.5x, the crosshairs in the center area of a typical duplex-type reticle subtends 1 inch at 100 yards, but at 10x it subtends one-fourth as much or ¼-inch.

If on the other hand that same scope had its reticle in the first focal plane, it would seem logical that the reticle would subtend four times as much at 10x than at 2.5x, but alas, that’s not the case. That’s where the term “magnifying reticle” is a misnomer. Though the reticle does indeed appear 4 times thicker at 10x than at 2.5x, its subtension values remain the same relative to the target throughout the power range. That being the case, if the reticle subtends ½-inch at 100 yards at the 2.5x magnification setting, it also subtends ½-inch at 10x and all settings in-between. In other words, with Nikon’s BDC reticle in its Distance Lock scopes, the hash marks representing the POIs at 200, 300, 400 and 500 yards are accurate at all power settings. With a second focal plane scope, those hash marks on the lower reticle arm are accurate at only one power setting — usually the highest. On the downside, however, is the fact that, in order to keep the reticle from becoming distractingly thick at the higher power settings, it’s extremely fine at the lowest magnification, making it difficult to see in low light situations. Again, that’s not what you want when hunting in close quarters in dark timber.

Another advantage with a first focal plane scope is that the point of impact (POI) cannot change as the magnification is changed, or as a result of hysteresis when the power ring is reversed – something that cannot be said of “our” system. Today’s scopes are much better than they used to be in this regard, but the fact remains that most second image plane scopes do change POI when power is changed. It can be small enough that with a typical hunting rifle/scope average group centers are not small enough to discern a difference, but it’s there nonetheless. And it becomes more evident with variables having very high magnification ranges. Bottom line: as with anything that has to do with optics, you get nothin’ for nothin’! You gain something in one area and lose something else in another.–Jon R. Sundra

Originally written by SCI for HuntForever before being taken down. 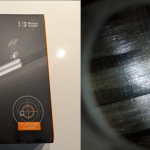 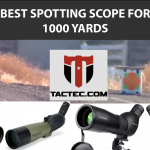