As the current leader of the free world, Donald Trump, although controversial, is not only the president of the United States of America, but also the knight in shining armor the world desperately wants and needs, even though most of them do not realize it.

The current online movement by the majority of young people online, is towards a more unregulated, border-less monetary and banking system of cryptocurrencies, not controlled by a reserve bank or government. They are trying to head more towards a crypto- world economy instead of the current mainly US Dollar currency based world transactional economy.

Although this sounds great, the problem is in the fact that the wealth is then not backed by Gold, an actual physical store of wealth, and although the block chain technology it is based on is currently super safe, the very fact that it is not actually backed by a physical store of wealth, means that if by some global event, the entire network of the internet, or all electricity is all blown at once, then all those records disappear and your wealth does not exist anymore.

Another problem with that, is although being inherently currently safe given the fact at how broken up and fast the blockchain moves, all of that become null within minutes of the activation or invention of the first real quantum computer. Given how a quantum computer of just a few Qubits in speed, can solve a problem within minutes that would take the fastest current computer over 10,000 years to solve, this then means that that quantum computer could compute through any password, encryption, block-chain or firewall in existence within thousandths of a second. So all defense become meaningless against the person, company or ground wielding that quantum computer, the only way to then ensure true wealth is safe, is with physical wealth stores, recorded on physical hard copy records, controlled by ethically guarded society.

Now, looking at the current trends, Google, Microsoft, IBM, Apple, Facebook, the United States Government and a few other nations are all actively working towards developing the first quantum computer, China has allocated tens of billions of dollars towards their quantum computer development program, in their bid to claim technological and quantum supremacy, which they also believe will determine the future of global warfare dominance. China is also officially and physically pushing towards moving away from the US Dollar as the international trading currency and already pushing for the use of their own controlled cryptocurrency for all trading done with China and the rest of the world.

What this means, is that if China succeeds in achieving the use of their own controlled cryptocurrency as the global trading norm, then they have control over all international trading and transactions. Even if they just succeed getting everyone to move towards a different or independent cryptocurrency as the new world trading currency, that will mean that all transactions and wealth records are not physical wealth and gold store backed. Now, this may seem like the freedom that most of the online youth are pushing for, but now lets look at what this future actually looks like.

Given the financial outlay of China with regards to development of a quantum computer, it is financially and statistically more likely that China will develop and own the worlds first quantum computer. This will give them the power to crack any encryption on earth, giving them control of all confidential records, all financial records, all crypto and block chain transactions and wealth records, and in essence, control of all network and internet data in the world.

Freedom you say? Imagine currently worrying about a government spying on you and the threat of freedom of expression and speech. Now go further and imagine being subject to the control of a communist nation (China) of the whole internet, all banking and financial transactions and records and all data. This will then in essence mean a whole communist controlled WORLD!

For all his quirks and Tweets, yes Donald Trump is not perfect, like none of us humans are, but he is the first modern leader to have the balls to stand up for his country, the free world, ethics, and to prevent the Chinese takeover of world commodities, wealth, transactions, trading, privacy and FREEDOM. He is without most of you knowing it, fighting for each and every one of your own very freedom!

Show your support and lets keep the knight in shining armor in power for another term by voting for Donald Trump in the 2020 US Presidential Elections. Also support true freedom of expression and fight against oppression, censorship and bias by joining Unbow, the true free microblogging and social network platform. 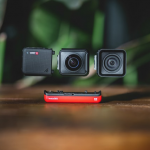 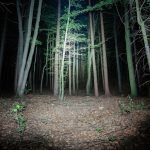 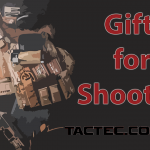 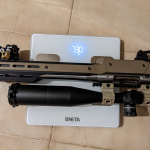